I was recently asked to reconfigure a HP MSA 2000 Storage Appliance for a Lab Environment. The MSA 2000 had been used before but nobody had recorded the Management IP or the login credentials. After trying to connect directly to one of the Ethernet ports using the network 10.0.0.1/24 (the default for the Management interface on an MSA2000 is 10.0.0.1/24) I could not browse to the web interface, this was probably because the Management interface had been configured with a different address.
The next challenge was to find a mini-Serial cable to get console access to the Storage Appliance, personally this is the second time I have had to do this kind of thing to an MSA and it is also the second time I have had trouble getting the mini-Serial cable. Why did HP not just use the standard Cisco console cable? Every Data Center I have been in has hundreds of them! 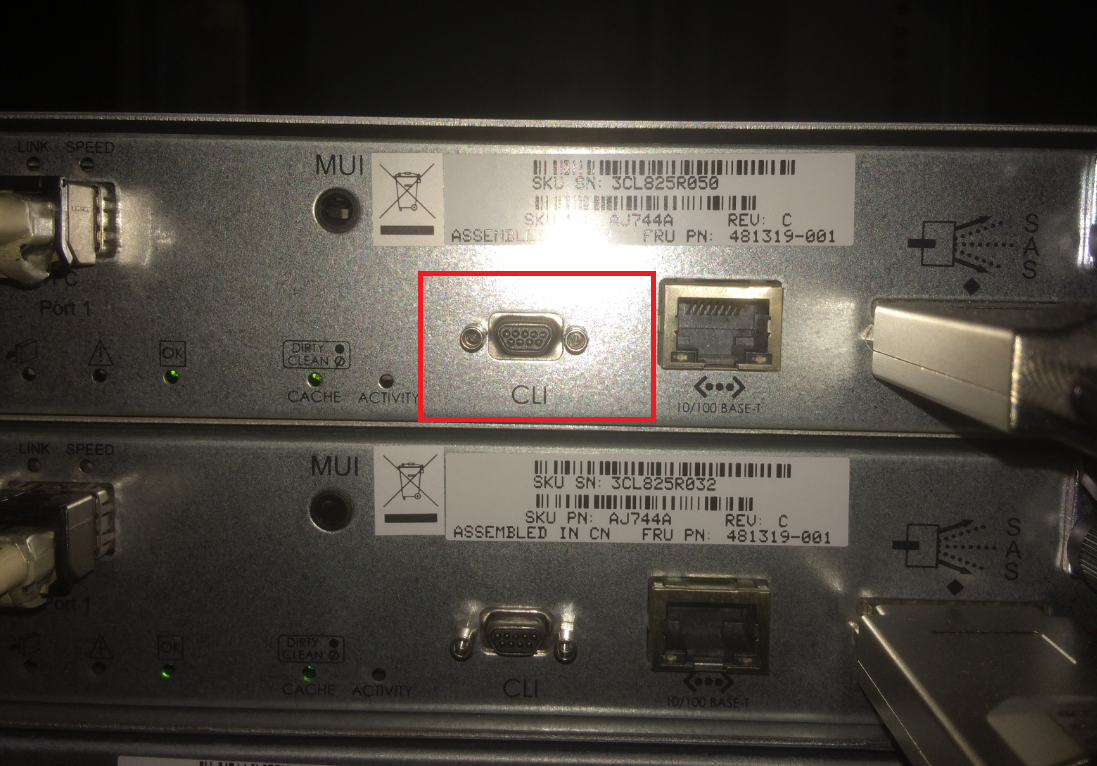 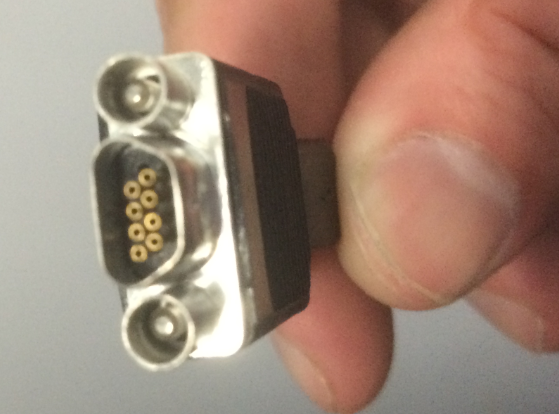 In the end I found the cable I needed, the next stage was to create a console connection to the device using Putty. Open Putty click Serial, set the COM interface (in my example its COM4), and change the Speed/BAUD Rate to 115200. If you do not change the BAUD Rate the console screen will just return nonsense. 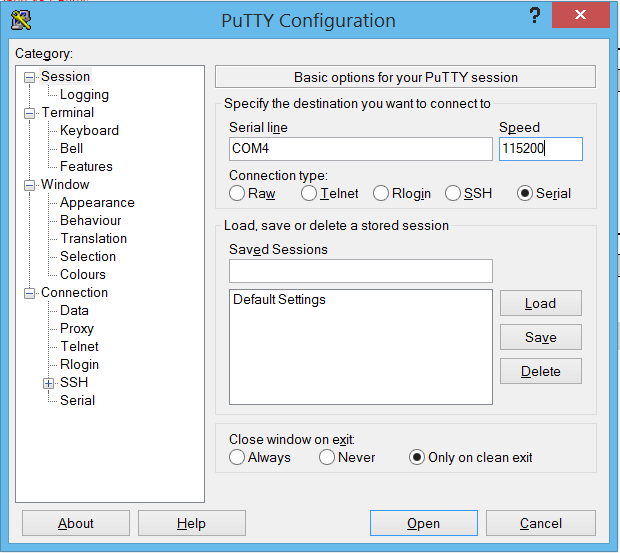 When you get connected the screen may appear blank, if so enter help and hit return this will list the example commands that can be issued to the device. 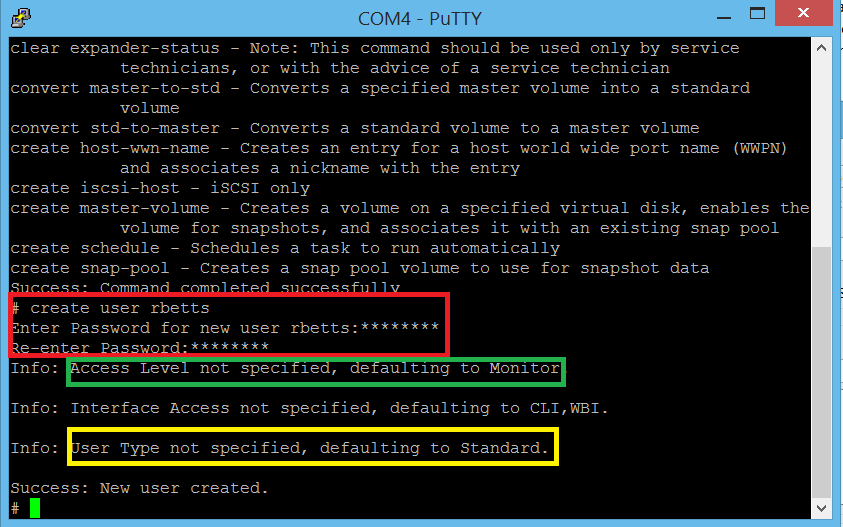 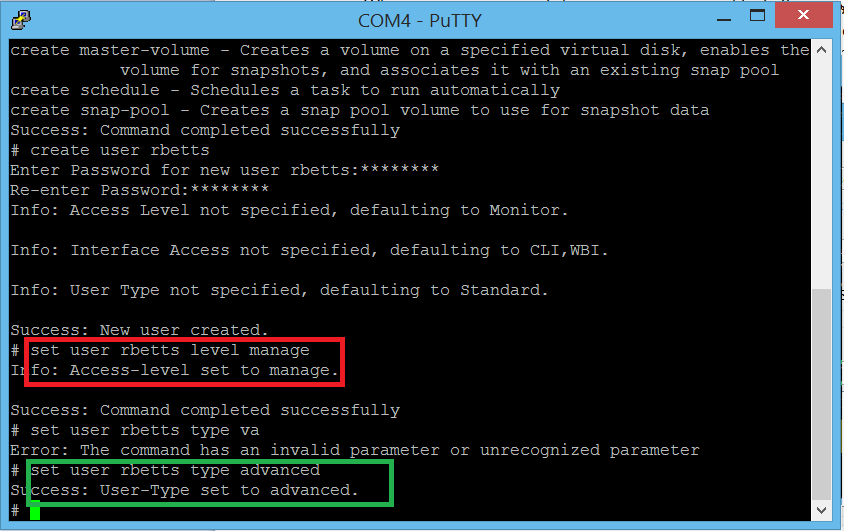 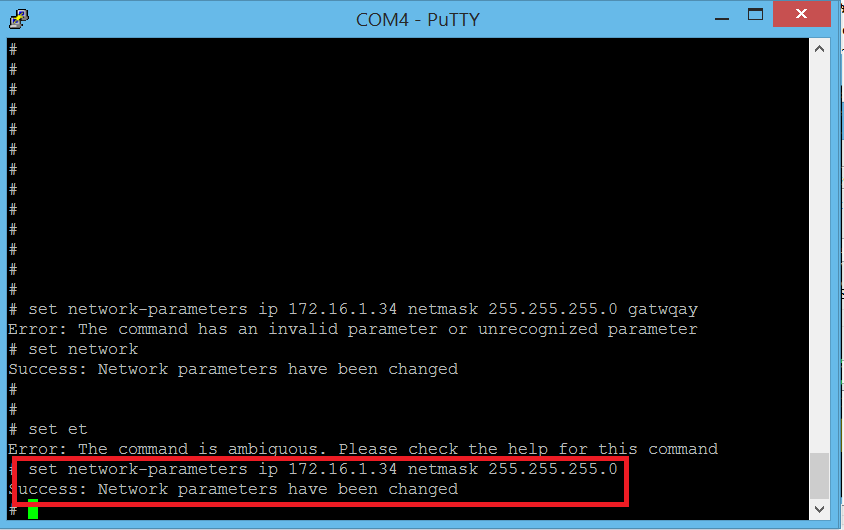 Now that I had set an IP and Netmask on the interface I then configured my laptops interface on the same network and browsed to it via Google Chrome.I used my new login credentials. 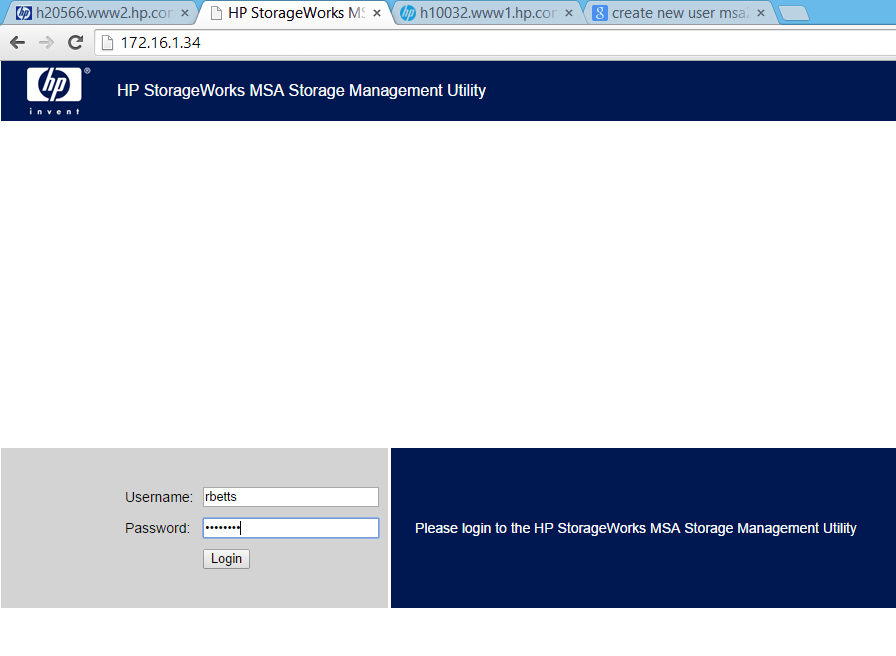 From inside the web GUI Virtual Disks, LUN's, volumes etc can be created and advertised to VMware ESXi hosts.