Hyper-V can be deployed in conjunction with the Failover Cluster server role in Windows Server 2012 R2, to achieve a highly available and resilient virtualization platform. Hyper-V Failover Clusters allow the movement of VM’s to neighbouring Hyper-V hosts within a cluster, this protects against host failure and also provide flexibility when performing updates and patches of the underlying host operating systems.

In the event of a node (Hyper-V host) failure the Failover Cluster Service will automatically failover or “cut over” the VM’s running on that node to another one of the nodes in the Failover Cluster. It should be noted that this does not provide instant failure, there is a short amount of latency between a host failing and the VM’s being started on another node.

The following are some key points relating to Hyper-V Failover Clusters if you are considering them for your infrastructure; 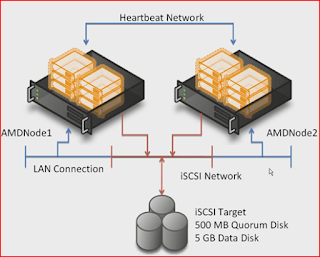 You are probably comparing Hyper-V to VMware vSphere, it is a matter of opinion on what product is the best. I believe vSphere is a more mature product at this point in time.  Although in Windows Server 2012 R2 many of the most commonly used features are available in both, for example at one stage VMware’s Distributed Resource Scheduler, that automatically load balances VM workloads across clustered ESXi hosts was not something Hyper-V could do. Now with Hyper-V 2012 R2, VMM and Live Migrations there is a very similar service available that boasts “no noticeable” downtime whilst migrating.